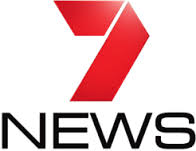 Cyclone Debbie was touted to be the most dangerous cyclone to impact Queensland since Cyclone Yasi in 2011. Forming as a tropical low on 23 March, the low gradually intensified to a named tropical cyclone on 26 March 2017. After steadily strengthening offshore to a Category 4 system, Debbie eventually made landfall near Airlie Beach, at around 14:00 AEST on 28 March 2017.  Debbie rapidly weakened into a tropical low by late on 28 March, but continued to travel south, causing significant damage and flooding in South East Queensland and the Northern Rivers of New South Wales.

As a specialist Insurance Repair builder with local offices in Townsville and Mackay, Channel 7 News paid our Sunshine Coast Head Office a visit to have a look behind the scenes of what it takes to respond to a natural disaster of this size.